Currins for Drugs during the 1930s. Credit: City of Portland archives

Originally established by Smith & Miner as the ‘North Bank Pharmacy’ at the French Block in 1906, the first prescription sold for 25 cents. The French Block was a two-story brick building on the corner of Lombard and Oswego.

Clarence and Zula Currin purchased the store in 1909 and moved the location to a building near the corner of Jersey and Leavitt. In 1917 they upgraded their store again, this time leasing the building on 7334 N Philadelphia ave. Their final location was at 8438 N Lombard St.

In 1936 Harry M. Hinson, an employee for Currins, sued the Portland Gas & Coke Company for breathing problems he claimed were caused by as gas leak.

Clarence Curtis Currin was born in Virginia in 1883. He served as a member of the armed forces during The Great War (WWI). He died on April 26, 1934 and his funeral services were held at Pioneer Methodist Church in St. Johns. Zula Currin (née Fowler) was born on February 16, 1887 in Rufus, Oregon and lived until July 1971.

The Currin family sold the drug store in 1961 to Elise and Wayne Hatch, who kept the old name. By the 1980s competition from larger stores was causing a dwindling clientele. Currins became a Western Union certified location to drum up more business. After 91 years the pharmacy closed in 1997. Pay Less purchased the building and stock after it closed.

A Currins Christmas ad from The Oregonian in 1987.

One response to “Currins for Drugs”

St. Johns Unknown works are covered by a Creative Commons Attribution-ShareAlike 3.0 Licence, unless otherwise credited. The author is Brian Halvorsen 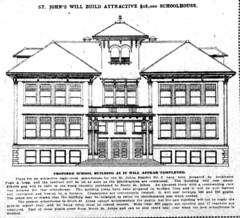 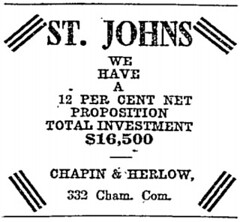 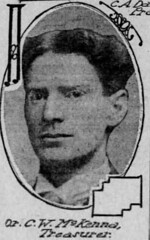 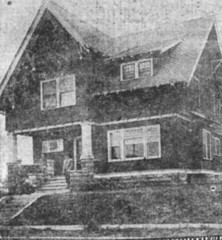 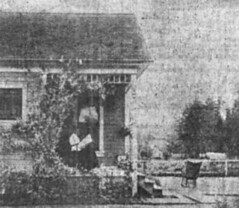 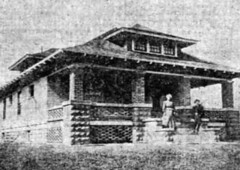 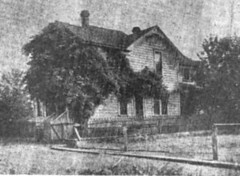 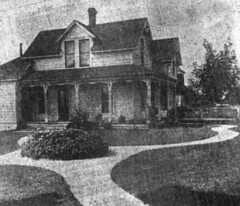